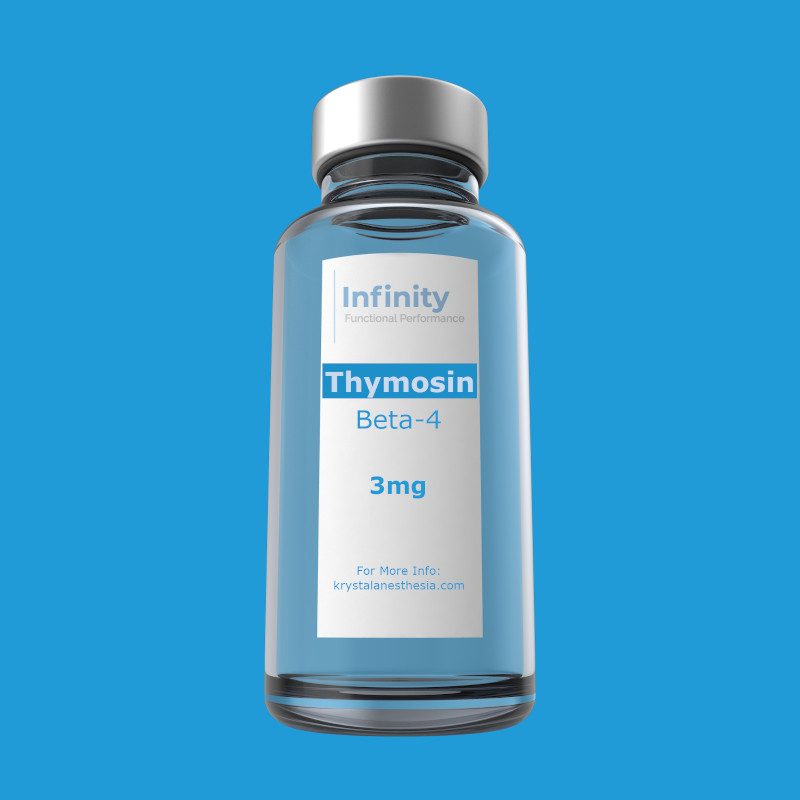 Thymosin is a hormone secreted from the thymus. Its primary function is to stimulate the production of T cells, which are an important part of the immune system. Thymosin also assists in the development of B cells to plasma cells to produce antibodies. The predominant form of Thymosin, Thymosin Beta 4, is a member of a highly conserved family of actin monomer-sequestering proteins.

In addition to its role as a major actin-sequestering molecule, Thymosin Beta 4 plays a role in tissue repair. Tl¼ has been found to play an important role in protection, regeneration and remodeling of injured or damaged tissues. The gene for Tl54 has also been found to be one of the first to be upregulated after injuries. Thymosin Beta 4 is currently being trialed as a potential therapy for HIV, AIDS, and Influenza.

Thymosin Beta 4 is most often prescribed for acute injury, surgical repair and for senior athletes. It has most recently been shown to help regrow hair in addition to PRP.