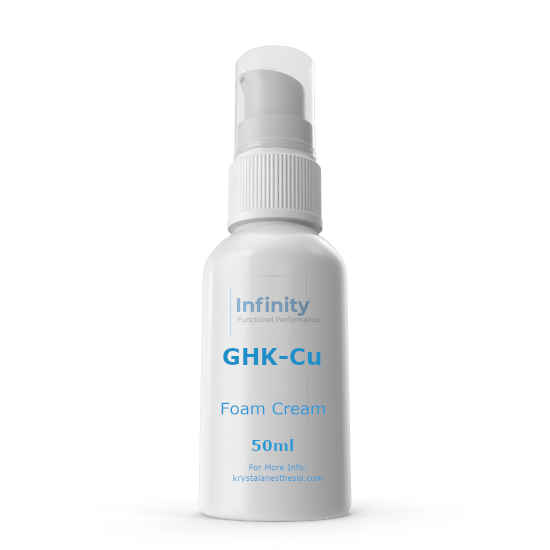 GHK-Cu is a naturally occurring copper complex that was first identified in human plasma, but has since been found in multiple locations such as saliva and urine. Copper peptides are small, naturally occurring protein fragments that have high affinity for copper ions, which evidence suggests are critical to normal body function.

Clinical studies indicate that GHK-Cu has a variety of roles in the human body including, but not limited to, promoting activation of wound healing, attracting immune cells, antioxidant and anti-inflammatory effects, stimulating collagen and glycosaminoglycan synthesis in skin fibroblasts, and promoting blood vessel growth.

There has been some clinical evidence that has shown that GHK-Cu acts as a feedback signal generated after tissue injury and it may act as a potent protector of tissue and anti-­inflammatory agent possibly by reducing the oxidative damage that occurs post-tissue injury. Further, GHK-Cu has been found to be involved in signaling tissue remodeling by removing damaged/scarred tissue and generating healthy tissue.