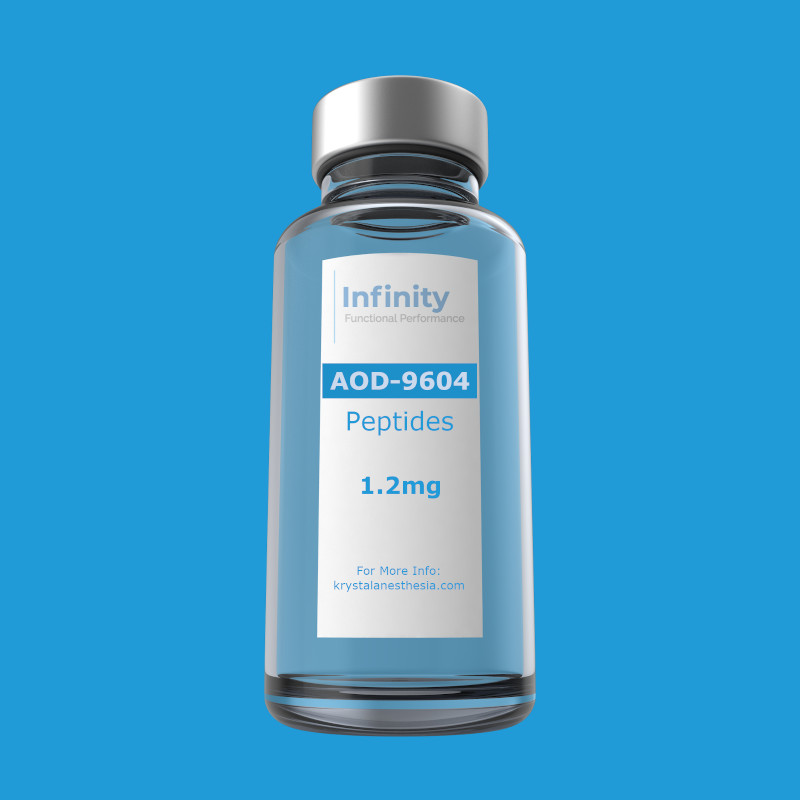 AOD 9604 is a modified form of amino acids 176-191 of the GH polypeptide. Investigators at Monash University discovered that the fat-reducing effects of GH appear to be controlled by a small region near one end of the GH molecule. This region, which consists of amino acids 176-191, is less than 10% of the total size of the GH Molecule and appears to have no effects on growth or insulin resistance.

This hypothesis was proven in animals to a tremendous degree with specimen losing a significant amount of fat mass. However, in phase three clinical trials the peptide didn't meat its confidence interval. Instead, it is now being studied for its effect on bone and cartilage. AOD 9604 possesses many other regenerative properties associated with growth hormone.

Currently trials are underway to show the application of AOD 9604 in osteoarthritis, Hypercholesterolemia, bone and cartilage repair. AOD 9604 has an excellent safety profile, recently obtaining Human GRAS status in the USA.